Known for its luxury and modern architecture, and with sights set on becoming the world’s smartest city by 2021, Dubai is the perfect destination for combing business and leisure travel in 2019. A relatively new city, Dubai transformed from a small fishing village into a modern metropolis in the late 20th century after oil was discovered as its natural resource. Focused on breaking world records and having the best of everything, Dubai is now a global financial centre and commercial hub as well as a popular holiday destination. With no income tax to pay, it’s not hard to see why this futuristic city attracts foreign investment from all over the world. So if you’re travelling to Dubai on business and have some time on the side for a bit of leisure, let Selective Travel Management guide you on the ‘City of Gold’… 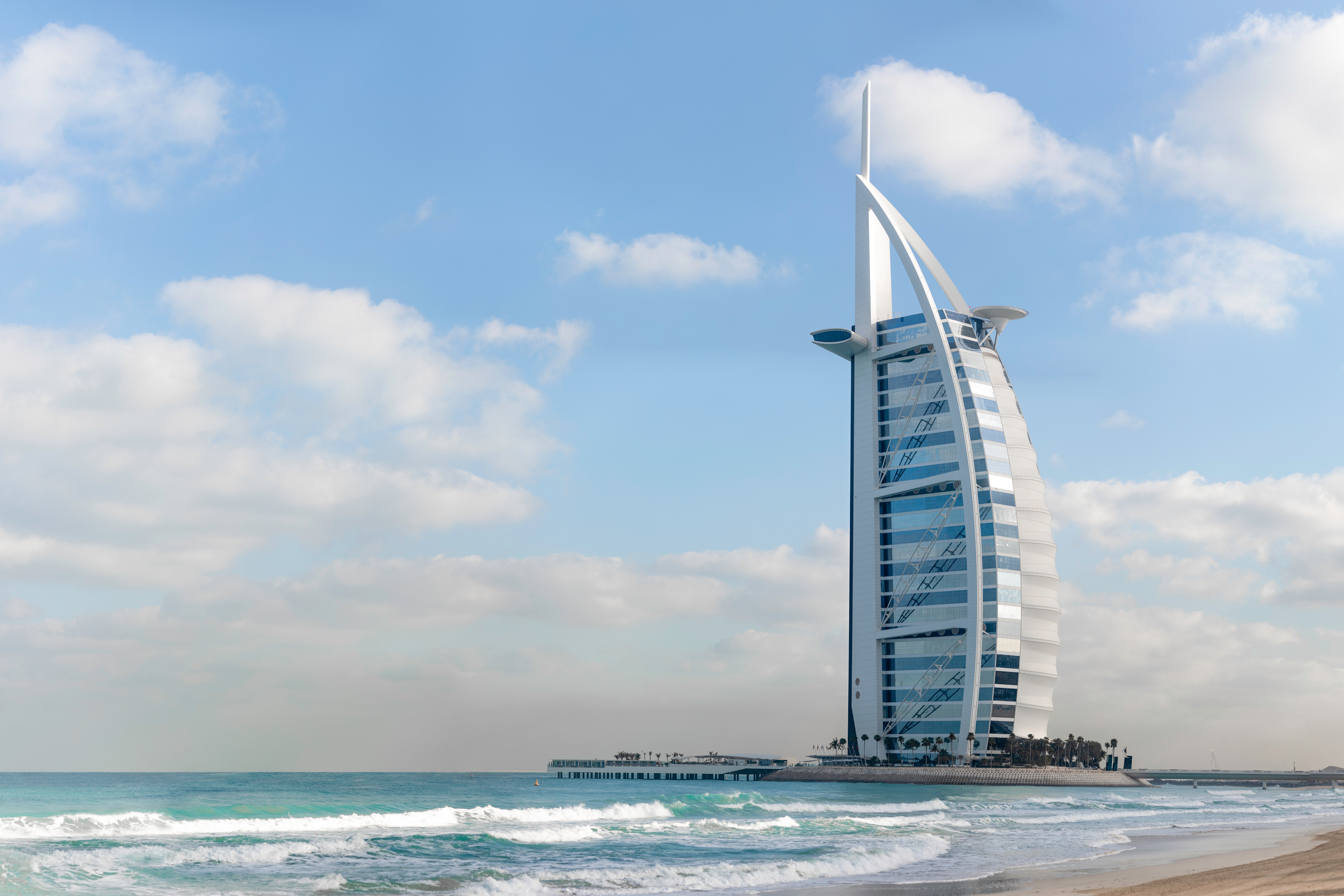 The most famous landmark in Dubai, the Burj Khalifa is the world’s tallest building at 2,716.5ft (828m) and more than 160 stories. Not only that, but it is the tallest free-standing structure in the world, surpassing Toronto’s CN Tower, and has the highest number of stories and observation deck in the world. Visitors to the tower can observe magnificent views of Dubai’s ever-growing skyline from observation levels 124, 125 or 148 or have ‘tea in the clouds’ or ‘cocktails under the stars’ in the Lounge at levels 152-154. A little lower down, The Burj Club has a spa, gymnasium and rooftop pool, bar and restaurant.

Situated at the bottom of the Burj Khalifa, the Dubai Fountain shoots water as high as 500ft (50 story-building) and was designed by the creators of the Fountains at Bellagio in Vegas. It is the largest choreographed fountain system in the world, with shows occurring every half hour daily. A must-see attraction, especially lit up at night.

The most luxurious hotel in the world, the Burj al Arab is the world’s only 7-star hotel with 1,790 square metres of the interior decorated in 24 carat gold. With rooms costing over £1,000 per night, it might be better sticking to one of the 10 award-winning restaurants or bars which specialise in flavours from all over the world including Arabic, French, Asian and Mediterranean cuisine, with afternoon tea also available.

Part of the Burj Khalifa complex, the Dubai Mall is the largest shopping mall in the world in terms of area and is a shopper’s paradise for luxury labels. It is home to over 1,200 shops and 150 restaurants as well as an indoor theme park, ice rink, a huge indoor waterfall, 22 cinema screens, the world’s largest candy store and the Dubai Aquarium and Underwater Zoo. The Mall of the Emirates has a mix of luxury labels and midscale brands and has more than 630 retail stores and over 100 restaurants and cafes. It also houses Ski Dubai, the Middle East’s first indoor ski resort and snow park.

Global Village is the world’s leading multicultural festival park and the region’s first family destination for culture, shopping and entertainment. Featuring a range of shows, events, activities, amusements and international cuisine, it brings together the best of culture from around the world into one central complex. The Global Village is seasonal and operates from November – April each year.

Another world record, the Dubai Miracle Garden is the largest natural flower garden in the world featuring over 50 million flowers and 250 million plants spread over 780,000 sq ft. A nice escape away from the hustle and bustle of the city, visitors to the garden can marvel at the magnificent displays of greenery including a floral clock, castle, Mickey Mouse, Lake Park, hearts passage and an underground floral cascade with a depth of 20ft. This is a unique experience not to be missed.

7. Go to a Theme Park or Water Park

Dubai has an abundance of theme parks and water parks to choose from. The Atlantis Aqauventure Waterpark is located on the Palm Jumeriah, one of three artificial islands in Dubai, and features over 30 rides and attractions as well as Dubai’s longest lazy river. Also situated at Atlantis is Dolphin Bay, where visitors have the opportunity to swim or scuba dive alongside these magnificent creatures. Wild Wadi Waterpark is located in front of the Burj al Arab and also offers 30 rides and attractions for all the family. The Dubai Parks and Resorts houses three theme parks in one - Motiongate (based around Hollywood’s most famous motion picture studios), Legoland and Bollywood Parks. The complex also has a Legoland themed Water Park.

8. Go to an Aquarium

The Dubai Aquarium and Underwater Zoo is located in Dubai Mall and is one of the largest indoor aquariums in the world. Showcasing a diverse range of aquatic life with more than 33,000 animals, visitors can marvel at the largest collection of sand tiger sharks in the world or come face to face with the one of the ocean’s most terrifying predators in a diving cage. The underwater zoo also features penguins, piranhas, jellyfish and King Croc, one of the world’s largest reptiles. The Lost Chambers Aquarium, the largest of its kind in the Middle-East and Africa, is located at Atlantis on Palm Jumeriah and is home to 65,000 incredible marine animals.

The Dubai Frame is one of the city’s newest landmarks and compromises a 150m tall and 93m wide structure that resembles a picture frame, through which landmarks representing modern Dubai such as the Burj Khalifa can be seen on one side and older parts of the city are on the other. One of its most amazing features is the clear glass bridge that connects the two pillars of the frame. Inside, visitors can watch digital displays that explore Dubai’s past, present and future, as well as observing panoramic views of the city from the Sky Deck.

If you are looking for a more unique Dubai experience, then a desert safari might just be for you. Nestled beyond the skyscrapers is a vast array of desert, where you can choose from a wide range of activities including a safari in a 4x4 vehicle, sand boarding, camel riding, dune buggies and more. 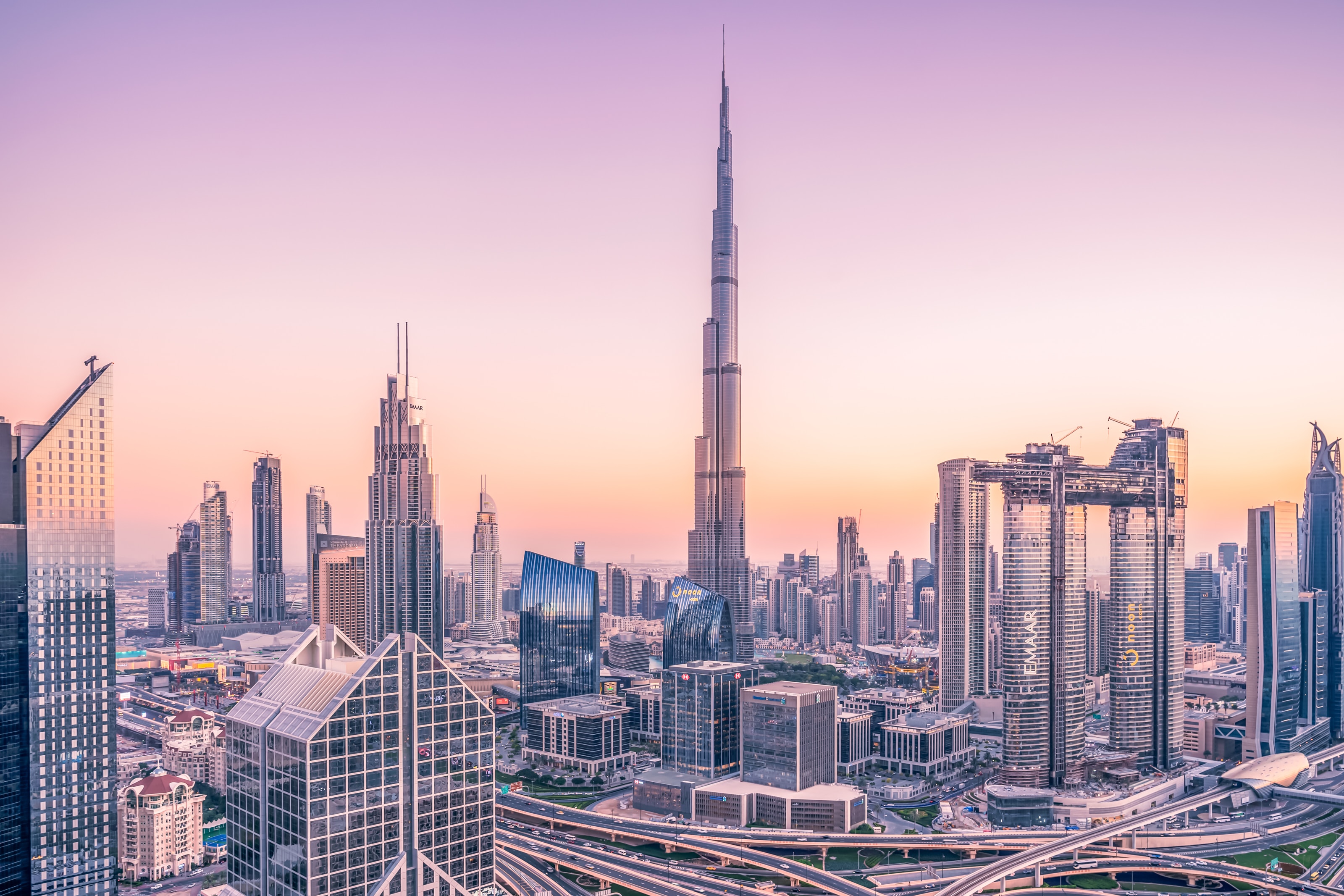 For a more comprehensive guide, please visit Time Out